Safest Neighborhoods in Queens in 2020

Posted in: Boroughs and Neighborhoods

When relocating locally to NYC’s second-biggest borough, you’re probably thinking, What parts of Queens are safe? On average, the whole area is safer than the rest of the city, with many of the safest neighborhoods in Queens offering affordable housing, excellent schools, and good transportation options. You’ll undoubtedly find a place that suits you best in the text below.

The borough has plenty of beautiful, affordable, and, most of all, safe locations.

Is Queens a Safe Area?

One of the most notable things about living in Queens is the low number of felonies. Numerous neighborhoods have significantly decreased their average crime rates in the last three decades, with many experiencing a single-digit number of murders per year. Due to its low crime rates and affordable housing, the borough has some of the best neighborhoods in NYC for families. Commuting is also a breeze, just hop on the nearest subway station.

What Is the Most Dangerous Neighborhood in Queens?

On the far west side of Long Island overlooking the East River, Long Island City is one of the fastest developing and most desirable neighborhoods in the borough. Exponential growth can often lead to higher crime occurrences. There are around 19.2 non-violent felonies a year per 1000 residents, which is considerably lower than Manhattan’s and Brooklyn’s worst areas. 108th NYPD’s precinct reports that the overall felony occurrence has decreased by over 88% since the 1990s. If you still decide to move here, hire some professional Long Island City movers. Some other less safe areas include Hunters Point, Howard Beach, Ozone Park, and Jamaica, all of which have between 18.4 and 12.4 non-violent felonies a year per 1000 residents.

However, since you’re here to learn what is the safest neighborhood in Queens, let’s go back to that.. 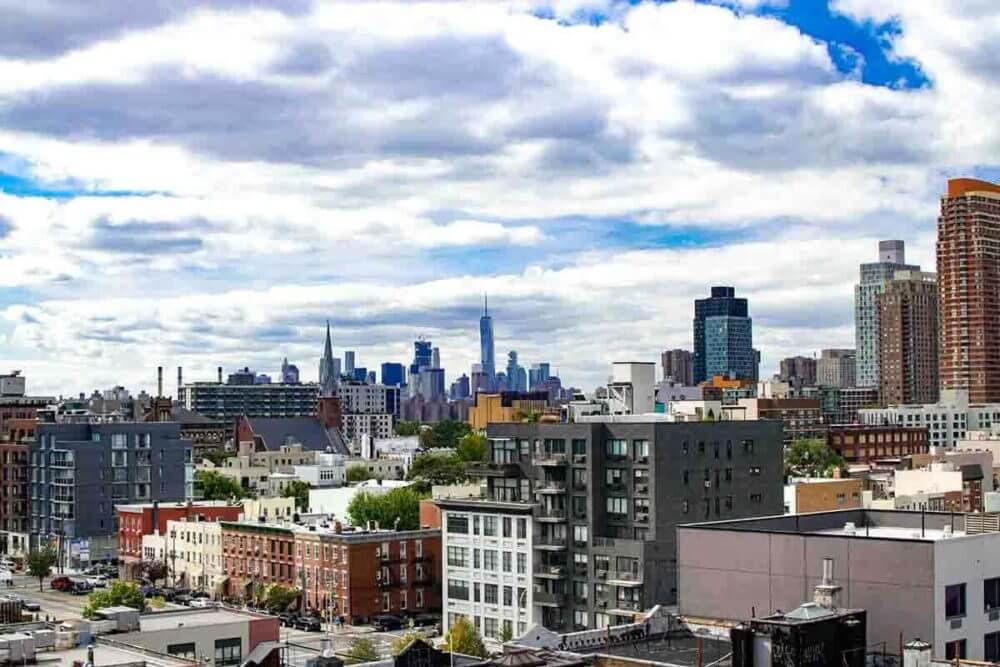 The borough of Queens is mostly safe compared to other parts of NYC.

Some of the safe neighborhoods in Queens are the adjacent Forest Hills and Rego Park. Both are served by the 112th NYPD precinct, whose report states that the crime rates have diminished by about 92.7% in the last thirty years. Around two crimes occur per 1000 residents each year, with both places suffering no death counts in 2018. According to Niche (also applied for all values further in the text), median home values for Forest Hills and Rego Park are about $482,348 and $462,823, respectively, while the average rent costs are $1,766 and $1,593. With plenty of great housing options, excellent schools, and plenty of open space, these are some of the best places to live in Queens.

Housing Cost in Kew Gardens Are Even More Affordable

Bordering Forest Park, this densely packed mid-class community in the borough center is a more affordable, smaller version of our previous picks. Most importantly, it’s patrolled by the 102nd NYPD Precinct, which reports that crimes of all categories have been reduced by over 91% since the 1990s, with only two murders occurring in 2018. Around 64% of residents rent their homes, with average rent costs of $1,537. For those looking to buy, the median home value is $397,475.

Here’s a video showing some things you can do in beautiful Forest Hills.

If You’re Looking for a Safe and Exciting Place, You’ll Love Astoria

Located in the western part of the borough, the urban Astoria is an excellent choice for anyone looking to find safe, affordable housing. Median home value is a bit high for the borough at $756,703, but luckily the median rent is affordable at $1,650, with around 85% of residents renting. NYPD’s 114th Precinct reports that the crime rates have decreased by about 84% since 1990. You can be peaceful knowing that crime rarely occurs here. When relocating here, hire the right Astoria movers.

There Are Plenty of Unique Shopping Stores and Restaurants Nearby

Some of the more interesting stores in the area include The Brass Owl, Astoria’s Bookshop, and Lavender Label’s Little Soap Shop. Plenty of upscale restaurants, a lively nightlife scene, two beer gardens, and the beautiful Astoria Park make this a great option to have a staycation in NYC. This is also why it’s one of the best neighborhoods in NYC for singles.

Efficient Public Transportation Connects the Location to All the Surrounding Areas

The city’s subway system has many stations throughout the location. The north side has Ditmars Blvd Station, while the south has one on 36th Avenue. Both of these stations and many others can take you anywhere you need in the metropolis, and it only takes about 20 minutes to commute to Manhattan. 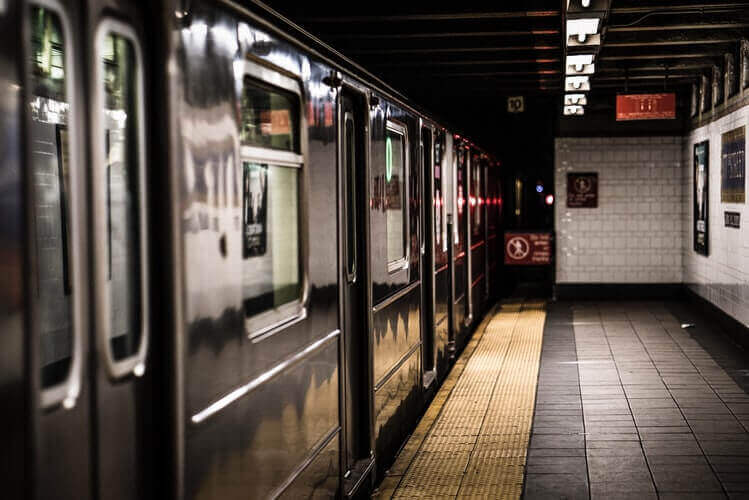 It doesn't take long to commute to other locations from Astoria.

An exciting location for residents and tourists alike, Jackson Heights provides affordable homes and easy commuting and a mix of young and old. Housing over 108,000 people, the community is very ethnically diverse, with about half of the residents being born in another country. The neighborhood is patrolled by the NYPD’s 115th Precinct, which reported that the area’s crime rates had dipped significantly since its criminal days in the late 20th century. Felonies across all categories have decreased by 85% in the last thirty years. If you’re going to move here, look up some Jackson Heights movers to help you out.

The Neighborhood Has Been Hit Hard by the Pandemic

The neighborhoods of East Elmhurst, Elmhurst, Corona, and Jackson Heights were among the most affected areas in NY by the 2020 COVID-19 pandemic. Luckily the daily numbers for these have stabilized by mid-June, but you should still take all the safety precautions when moving in New York City. 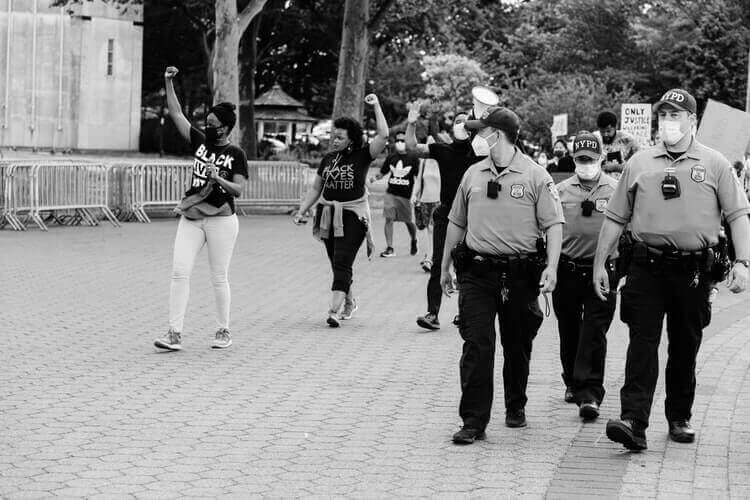 Jackson Heights was hit hard by the recent pandemic, though it's now recuperating.

Twin Brothers Movers is one of the best New York City moving companies. We know that relocating can be challenging, so you need to watch out for moving stress. By hiring a professional New York moving company, you’ll be getting all the necessary services. When relocating a home, it’s important to get a good residential moving service. If you need to move your business, our local movers in New York provide excellent commercial moving services. When starting to pack, New York moving companies recommend you make a moving to-do list first. You can otherwise get our excellent packing service and not have to worry about your items being damaged during transport. Just remember that there are some items movers won’t move, such as toxic substances, flammables, and explosives. 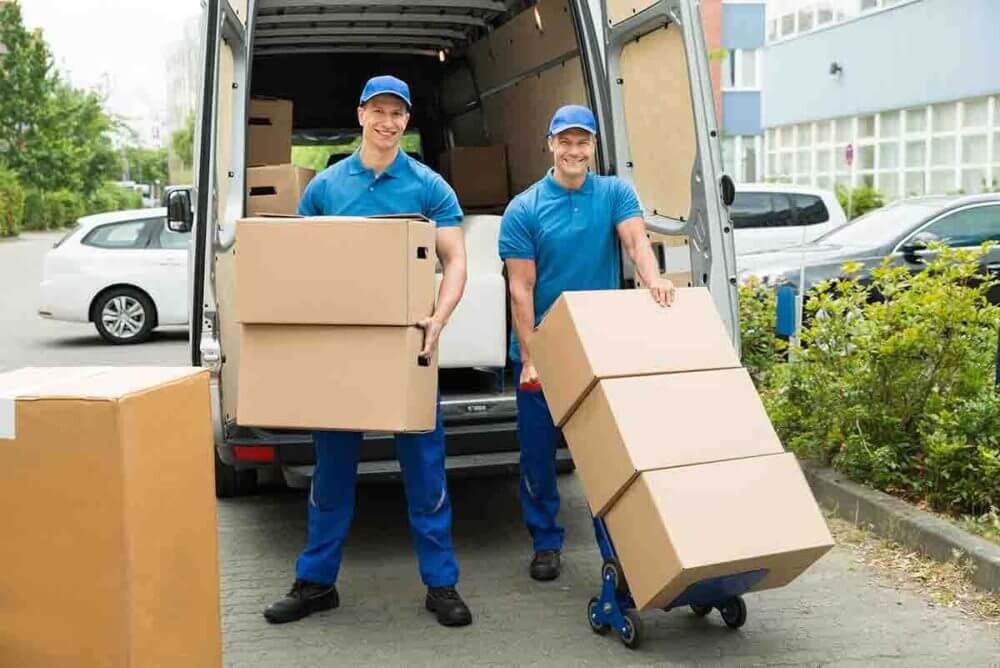 Hiring professional movers will make your relocation a lot easier.

Contact Our New York City Movers and Get a Free Quote

If you decided to move here, our New York movers would ensure that the whole process goes smoothly and trouble-free. You can also get a free quote on your move. With us, there are no hidden fees. Make sure to contact us and book your move today.