A Guide to 7 Best Breweries in Brooklyn

Posted in: Living in NYC

The Big Apple has a lot of successful breweries. With so many choices for all beer enthusiasts out there, it is hard to tell which one is the best. So where should you start your tour? Let our guide to the seven best breweries in Brooklyn NY give you a few ideas. Give them all a chance, and find out which Brooklyn microbrewery you enjoy the most. 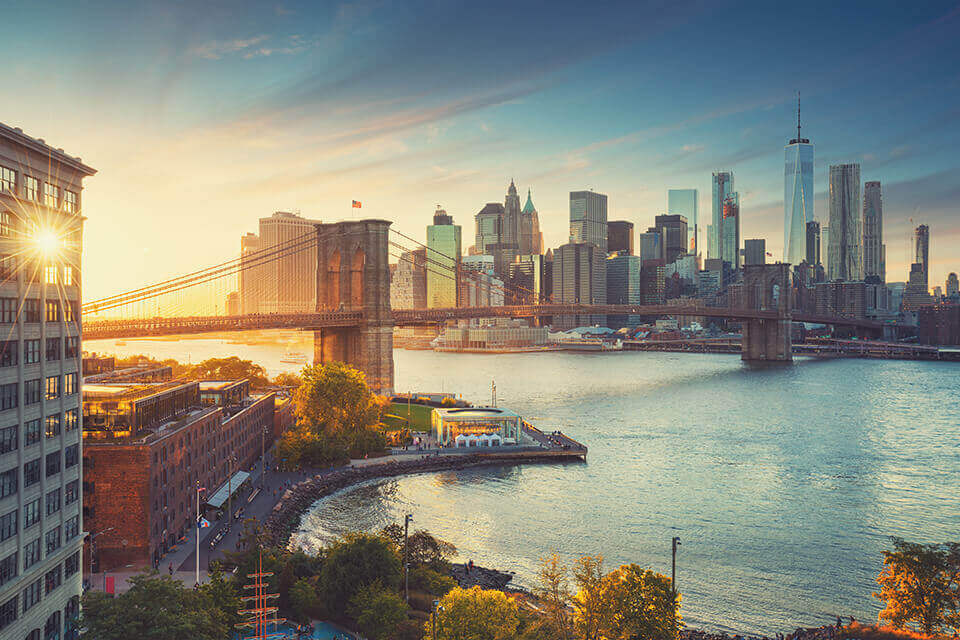 Looking for a place to have a drink after your local move? We have a few recommendations for you

How Many Breweries Are There in Brooklyn?

There are more than 35 Brooklyn, NY breweries and that is more than enough to help you forget all about moving stress after your residential relocation. There are so many things to do in Brooklyn, but bar hopping is quite a special one. So, where should you start your adventure? For starters, rely on our list of the seven great places in Brooklyn, NY. Then with time, you can check out all of them. Just don’t try visiting them all in one night. And when you’re done, you can go even further and compare them to nearby breweries in Queens and breweries in Manhattan.

The History of Brooklyn Beer and Brewing Tradition

Bushwick was recognized as the beer center of the Northeast in the late 1800s to early 1900s, with 14 separate breweries within an area of 14 blocks known as Brewer’s Row, so by the early 1900s, Brooklyn and Bushwick were responsible for 10 percent of the beer made in the US due to the big German community here. Today, you can take an epic tasting crawl trip to over 30 breweries.

If you haven't tried the famous Brooklyn Ale, that should be the first thing you do when you relocate here

The highest-profile company in the borough has been pumping out ale since 1988 and holding taps in bars all around the country. But maybe the testimony to their continuing influence is that locals often drink the Brooklyn Ale, a strong amber lager as well as the Brooklyn Summer when the weather is hot. On Friday and Saturday or even Thursday nights, tasting rooms and beer tours in Williamsburg turn into a major tourist attraction.

The Story Behind This Iconic Brewery and Tasting Room

If you want a rest from flavorful IPAs, consider a clean, mildly bitter pilsner Vliet from Threes Brewing. The Gowanus tasting room, entertainment venue, and brewery in Brooklyn launched in 2014 with an emphasis on quality brews and farmhouse ales. Visit Greenpoint and the summer location on Governor’s Island for their other bar and entertainment space. 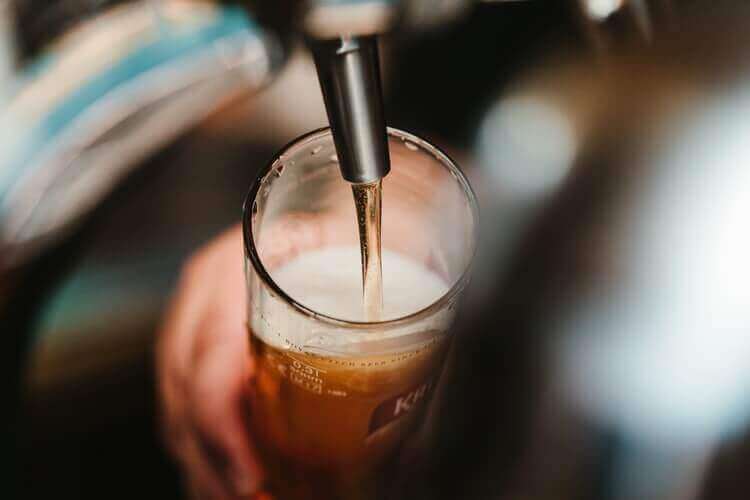 If you enjoy IPAs, this is the place for you

With its tattooed mermaid on the bottle, The Mermaid Pilsner is as much a symbol of Coney Island as the Face of Steeplechase Park and the Wonder Wheel. Stop by for a drink in the pub or its outdoor bar area, next to MCU Park, when you are down on the beach, and just need a good refreshment at any time of year.

The specialty here is the Mermaid Pilsner, which is practically a symbol of Coney Island

Until they formally established the business in 2013, the founders experimented with brewing for ten years. Grimm focuses on simplistic, sleek ales that aim to invoke the essence of the revolution in NY Brooklyn craft breweries. They cover a wide range of beers here, such as the Body Mechanic American Pale Ale and the Nonsense World Double IPA. Frequently, they ship and deliver, if you want to enjoy it in your home.

Founded in 2015 as a family business, this tasting room and brewery purchases all their supplies from the state farms and producers in New York. Besides beers, they also serve wine, NY-made ciders, and spirits. Try the Trophy Cat Blonde Ale on tap and pay attention to their schedule of activities, packed with promising jam nights, events, and food collaborations. Explore their summer outpost, called the Potters Taproom, located in the Adirondacks at Blue Mountain Lake. 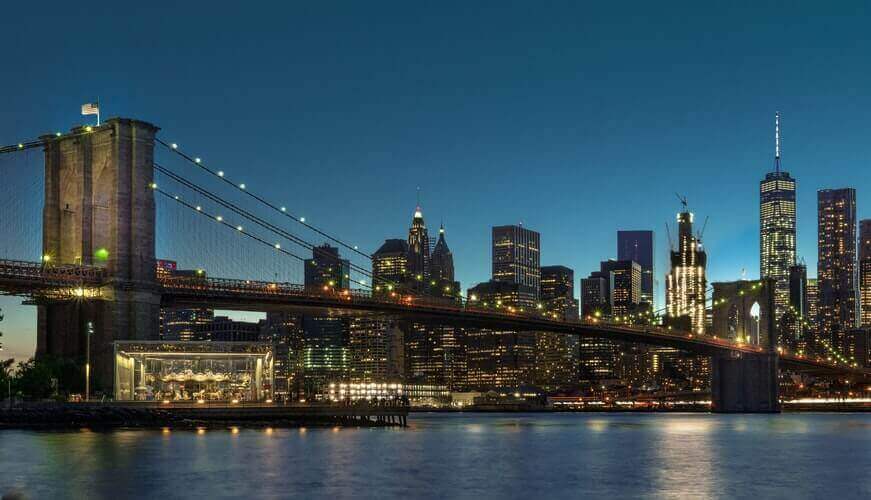 On those hot summer nights, there is nothing better than the Trophy Cat Blonde Ale on tap

In this beer bar, you can find 24 ‘craft ATMS’ around the wall, which attract many people for their happy hour gathering, so slide your card and pick your craft beers. The Dumbo store, which was founded in 2017, with additional branches in Williamsburg and Nolita in Manhattan, is Randolph’s biggest and the only place where they still brew beers. Try your luck on one of their retro devices in a game of pinball. 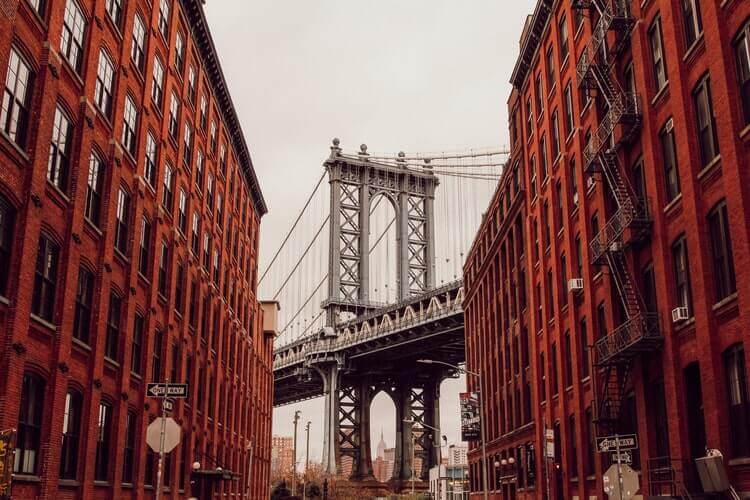 You can find Randolph Beers at Dumbo

Five Boroughs stresses that “beer is for all” and strives to bring all New Yorkers together with their beer featuring elements from all five boroughs. If you’ve spent your entire life on the outskirts of Brooklyn or moved to New York City recently, Five Boroughs invites all types of New Yorkers, offering Gridlock Hazy IPAs, Bohemian Pilsners, and Hoppy Lagers every day of the year.

Here, you can find something for everyone's taste

If You Want to Enjoy Some of the Best Breweries in Brooklyn, Book a Local New York Moving Company to Help You Relocate

All of these amazing places are waiting to be explored if you hire a reputable local moving company in New York and start your relocation process to one of the best neighborhoods in Brooklyn now. Local New York movers offer great packing services, so let them take care of that because they know all moving hacks, including how to pack books or how to pack dishes. Meanwhile, you can explore the best cafes to work in NYC or order the best takeout NYC and have a staycation in NYC if you contact us and call our Brooklyn movers in New York City today.